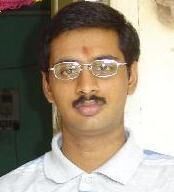 There was this Suse 6.3 CD in CHIP magazine when I was in the 9th standard (2000). Since I had read about this Linux thingy and had acquired a book (Linux unleashed), I installed it onto my computer, fiddled around, learnt stuff, right from how to shut down the machine safely to configuring X. In my 11th and 12th, there was a brief break. Then, I had the good fortune of coming to IIT Madras, where several machines ran GNU/Linux. I learnt as much as I could in my free time, and became familiar with the various tools present on the system, especially those which helped with my studies.

Gradually, when the network in IIT Madras started expanding, I found that IIT Madras has a mirror of Debian. I read about it, learnt the network install, and there was once a time when I did several installs on all computer possessing people's computers over the network, for fun. When I acquired my own machine, I decided that it was time to participate more actively, and learnt packaging for Debian. I moved on to bug fixing for Debian packages as well some minor patch submissions for some other software I use (IT++ and SciPy). After being egged by my close friend Varun Hiremath (he's a Debian developer as well), I applied to the Debian New Maintainer process, and completed the tasks assigned to me. I became a Debian developer recently, and hope to resume my contributions to the Universal Operating System.

SuSe Linux 6.3 in 2001. I did not know how to use that black screen with a flickering cursor. Heavens I didn't even know how to shut down that thing safely!

Several factors, but notably the fact that nifty little tools gave me power. Tools like sed, awk etc. have saved me hours of effort on several occasions. Also, rock solid stability, variety of software and the freedom to actually see the source. Believe me, having the source code helps even if you aren't close to being a hacker!

This is dedicated to a close friend of mine, whom I convinced/forced to try out GNU/Linux with me. He became so accustomed to it that one fine day, he sits on a Windows computer and says "Hey, what's the equivalent of ls here?"! :-)

Debian GNU/Linux, and off and on to IT++. Not much though, it varies depending on my academic workload.

It varies. I spent several hours every day during the hols, but only a few hours a week during busy times.

Debian - rock solid, total freedom, and wide variety of packages which work out of the box, and are trivial to install.

The time and effort invested in learning FOSS and FOSS tools will most definitely do you a world of good later. Returns are too significant to be missed, if you cross the barrier and persist with learning FOSS (and eventually trying to contribute).

I would also like to emphasize that filing bugs, with or without patches, is, in my opinion, as important as writing code.

I use C++ for my work (academic), but I like Python due to it's simplicity and "batteries included" nature.

I can't choose between the two, as I cannot disagree with one or the other. The right mix, if possible?

Non-commercial, friendly people. Active list, and they organized several demo days. But the pinnacle was the wonderful FOSSConf in Chennai, which was a roaring success. Hats off to ILUGC!

I attended only FOSSConf Chennai, so I can't answer this well. But it was great!

I feel that this is too early for me to take on this question.

I am completing my B.Tech. and M.Tech. in Electrical Engineering in IIT Madras this year. I hail from Chennai, though I have had the pleasure of studying in several places in India and interacting with people in many languages.

Well, I may not be able to get you my workstation photo in time, though it should arrive tomorrow.

When I am outside, it's Tea (Chai). But Boost is the secret of my energy.

None at the moment.

Questions are taken from FreeIndian. FreeIndian is all about introducing Indian FOSS contributors, to the world.

Retrieved from "https://fci.fandom.com/wiki/Kumar_Appaiah?oldid=7076"
Community content is available under CC-BY-SA unless otherwise noted.